Is There Money To Be Made In 'Mobile Homes' In Today's Market?

Is There Money To Be Made In

I am frequently asked if the market is still ripe for investing in old "Mobile Homes". The following post may give you some ideas and suggestions about the viability of investing in older homes.

Cheap does not always translate to a good deal. It's all about the 'PATH of PROGRESS & that's right LOCATION, LOCATION, LOCATION. Those looking for new or different ways to provide housing for your clientele or perhaps even enhance your own passive income portfolio may find this interesting. 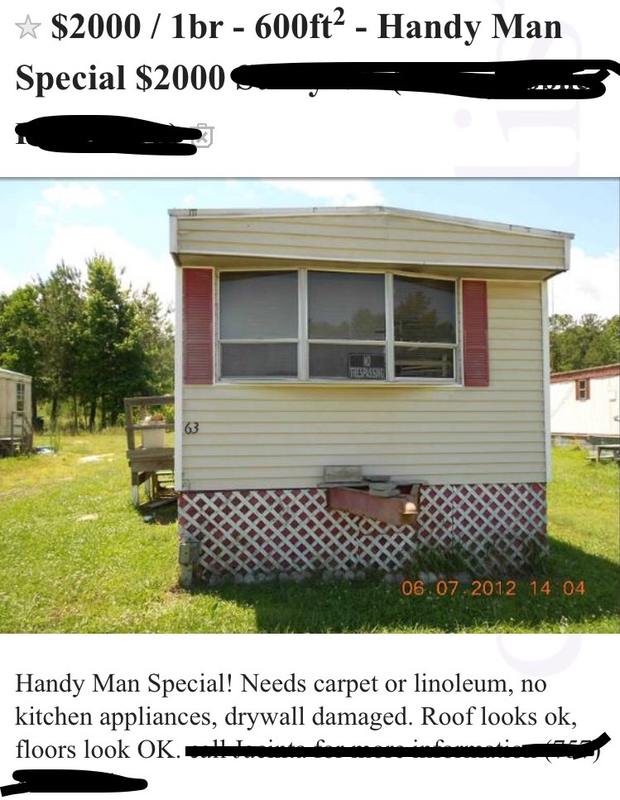 Need your help BP community. I was looking through Craigslist and came across this mobile home that is located in a MHP near my house. Ideally I wanted my first investment to be a SFH or duplex, but since I am familiar with this park (have a family member living here) and it doesn't require much money to purchase I figured I should look into this possibly being my first investment. I plan on contacting the seller (it's a rural area so I'm sure I know someone who knows the lister), but with this being my first time I'm not really sure what to ask. I want to make sure I get enough info to where I can properly analyze this deal.

1. Im assuming I should ask what the taxes are on the property, what the rents are of other homes in the park (can verify through ppl I know/relatives that live there), but what else should I ask in regards to expenses?

2. Since I have to provide appliances is there a certain brand you personally use for your mobile home projects? I'm assuming I don't want to buy the top of the line equipment so that the place won't be too fancy?

3. In regards to being "fancy" if I do opt to make this home nicer than the other units will that allow me to raise rents or should I just provide the bare bones minimum for the home?

4. There's a good chance a renter will be on section 8, if so does this change anything for how I rent to them? I've been browsing the section 8 forums to gain more insight on catering to this group.

5. Can the repairs be done by general people who have knowledge of repair work (my father and brother are mechanics in the military, electrical and HVAC trained, respectively) or should I opt for contractors who specialize in mobile homes?

The first question that comes to my mind would be whether or not the MHC is in the PATH of PROGRESS? The second and equally as important does the owner allow subleasing? Many if not most do not allow this under normal circumstances because they don't want to lose control of the space by not have a direct rent/lease agreement with the owner/occupant.

It's difficult enough to deal with a tenant once removed who creates issues for the MHC owner i.e. unruly sub tenants who don't obey the rules, late or failure to meet rent payment dates on time, maintenance of the MH, etc.

It's difficult enough to evict the owner/tenant (you) should they fall into any of the categories above let alone a 3rd party tenant which is (your tenant) which they would really have no direct control over.

On the subject of rehab and repairs the home in the photo looks like a PRE HUD home (built before June 15, 1976, . If you're dealing with a 2k all cash deal and you're going to do all the work yourself and your "handyman" has trade skills and experience with MH's you could probably do OK as long as you didn't overspend which can be almost impossible to avoid given the unknown variables that pop up at the least expected time.

Additionally, if you haven't already you need to find out what the rents are and in order to determine it will give you a decent enough ROI to justify the time and money needed to purchase and refurbish the MH.

Just make sure your handy man has the skill sets and experience to finish the project in a timely manner as you will be paying for all the rent and utilities during the rehab time which is money lost. I've heard of guys buying MH's thinking they's be an easy fix only to find additional damages and problems that exacerbated they time and money they had budgeted for repairs all while the clock kept ticking.

The photo shows a MH that looks like close to the same as the one you're looking at. Let me set up this scenario for you. 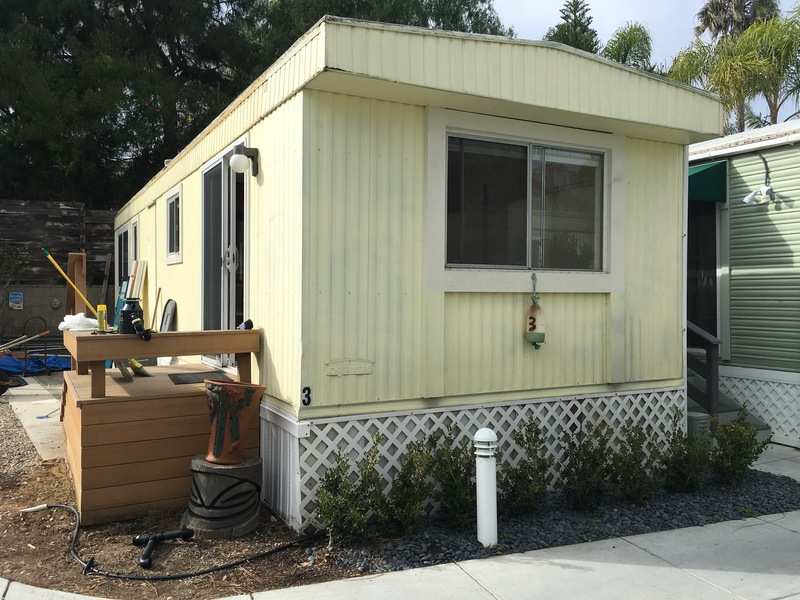 We purchased this home for 100k which given its 300 foot proximity to the beach located in the city of Leucadia, Cali in North San Diego that is surrounded by multi-million dollar homes and properties. 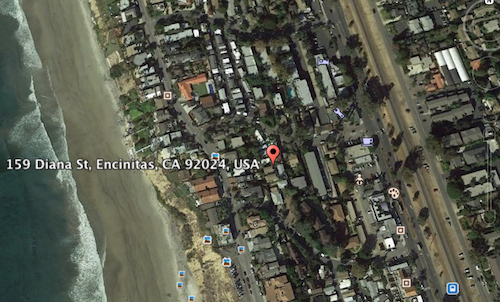 I'd say that's a pretty safe bet considering we're going to have to spend close to 50k to strip it down to the bones and rebuild it from the mainframe up to  and including the roof. In other words it will be a brand new home on a 1976 chassis which means for all intent in purpose it will still become a brand new 1976. 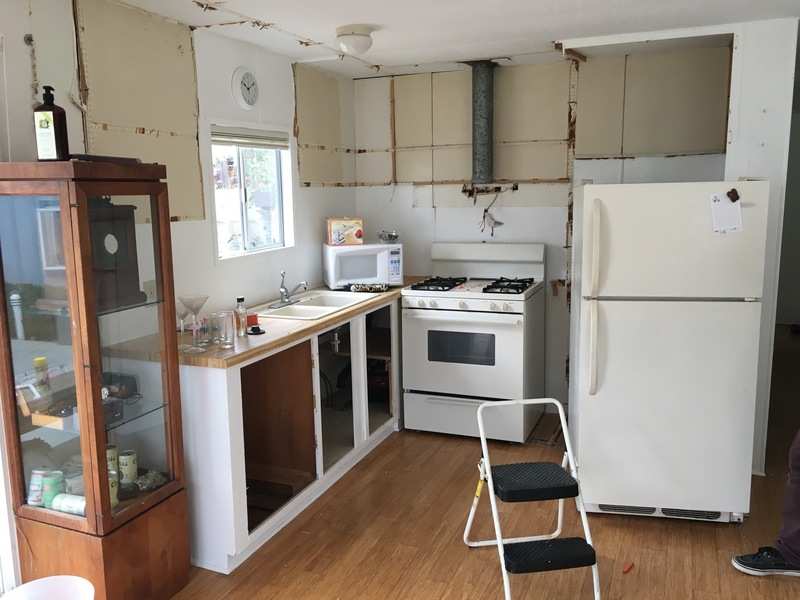 This will be a total strip down including the cabinets which have already been removed, acoustic ceiling, flooring, wall paneling windows, doors, interior walls, floors, appliances, (water heater will be replace with a much smaller tankless water heater which will give us an additional 4sf of living space. 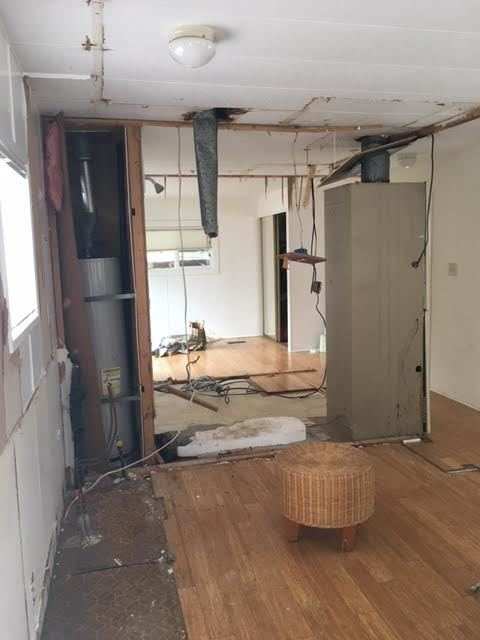 However, all that stated it's all about the ROI. This little 12x36 432sf thing MH is legal non conforming and should it be entirely removed and replaced by a new one it would have to then be code compliant and installed according to the current set back requirements which would require that we reduce the size to a 12 x34 which most MH factories won't provide as a HUD home. Therefore it would require that it be replaced with a Park Model which enters into a whole new dynamic in terms of size and features.

OK, now you ask why I would even to down that road? It's all about ROI. When we purchased our first two 504sf MH's in this same MHC in 2004, then removed and replaced them with 2 hybrid (14x36 single wide MH's with a site built 2nd story structure which provided us with 1130sf two story homes) I negotiated a 35 year lease with the owner as I wasn't about to invest 500k in a rental park with no rent control. 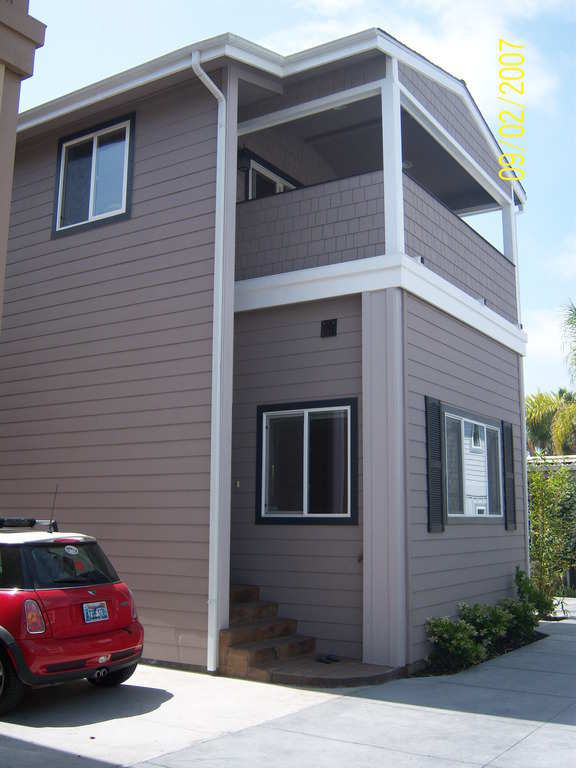 This in turn gives us, for all intent and purpose, 3 very nice upscale rental properties as we also negotiated the right to sublet, at no extra charge or profit split with the MHP owner, all these homes at fair market value which will bring us $7500 dollars/mth in revenue or $90,000/year.

I'm fine with this ROI. There is no debt service that has to be factored into the formula as we paid cash for the homes and the maintenance. Additionally, we own several other rentals free and clear with much higher cap rates. So when you dollar cost average our entire RE portfolio it pencils quite nicely.

Now to wrap this up and in answer to your question (I think) our first ever purchase was 27 years ago whence we purchased an old single wide from a probate see for $2000 put $1500 into it and then sold it 3 months later for $7000 doubling our money. Yes, there is money to be made buying, fixing, flipping and/or holding old MH's if you know what you're doing and where you're doing it.

Why To Choose Us?